~ Please hover over menu above to view all tab selections ~ 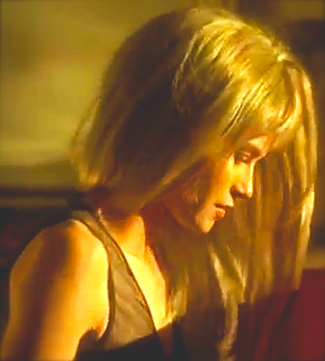 The role that Melissa Crider played in "The Others" (2000) was originally intended to be an elderly woman, so as not to detract from the youthful character of Marian Kitt (played by Julianne Nicholson). However, after Steven Spielberg had seen a guest star performance she played in the short-lived TV series, Strange World, starring Tim Guinea, he was so impressed that he rewrote the role (and, in effect, many plot points) for her.

Started her career in New York City while staying on Roosevelt Island during summers when attending high school in Northwest Arkansas.

Graduated from high school with a 3.98 GPA in 1992 while serving as her senior high honors Beta Club President at Eureka Springs High School from 1991-1992.  Crider attended college in the fall of 2009 where she completed 65 hours with a 4.0 GPA.

"Lahlitah" is the Indian name that her spiritual teacher appointed to her at the age of 19; meaning: "Little girl who sings/plays".  She is Godmother to three children: her brother Chris' son Levi, her friend Julie's son, Diamond, and her friend Elisabeth's daughter, Melissa Lucia Zipf, who was named after Missy. Little Melissa Zipf resides on an island off the coast of Spain near Dakar, Africa.

Writes novels, screenplays, short stories, and children's books. In the winter of 2010, her poetry, An All-the-Rage City Dumpster, was published in actor/director/painter Jeffrey Vincent Parise's collection of works entitled, A Decade of Paintings: 2000-2010.

In the fall of 2010, the Norman Mailer Institute, The Norman Mailer Writers Colony, and the National Council of Teachers of English awarded Crider a Norman Mailer Award as a top finalist in the nonfiction category of a national essay-writing competition for American colleges. Initially, Crider had written the essay, P.O. Box 549, for her college English professor, Jennifer Ford. It depicted a mystical occurrence regarding having mailed her deceased Granny Ella a birthday card to an old post office box number in Louisiana one November, only to receive a card and photograph of her in return three months later. Ella Buller Mitchell was raised in Elton, Louisiana and figures prominently in Crider's life. Growing up on a Louisiana cotton farm, she raised three children as a single woman in the 1930s/40s after having been widowed when Crider's mother, Linda, was two years of age. Ella was an avid supporter of the arts and remains to be an important female role model in Crider's life.

In the mid-1990s-2004, Crider committed to a weekly volunteer program where she served as a "special friend" in orphanages Hollygrove (Hollywood, CA) and Five Acres (Altadena, CA) to two children who were taken in by the state off the streets in the greater Los Angeles area.

In the fall of 2009 Crider began pursuing a college degree in English/Creative Writing with other foci in Philosophy, European Studies, and Physics. She has maintained a 4.00 GPA since her college commencement and was noted on The Dean's & President's Lists for six consecutive semesters.